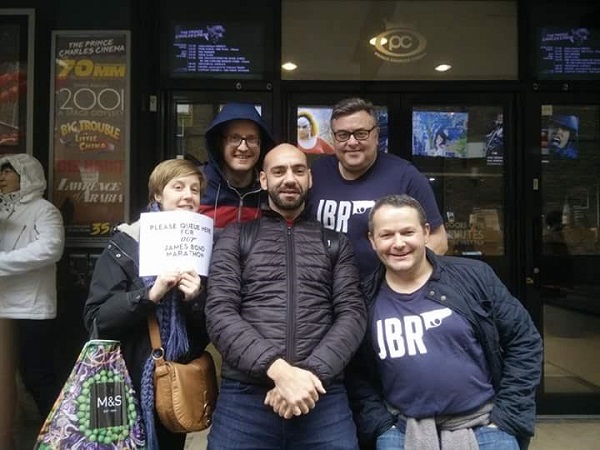 During the weekend of 28th and 29th January, a small but dedicated group of the JBR family attended the James Bond all night movie marathon at the Prince Charles Cinema just off Leicester Square, central London.

Six classic 007 films were screened in front of a sold out cinema, arguably (in this fan’s opinion) among the best of each Bond actor – Goldfinger, On Her Majesty’s Secret Service, The Spy Who Loved Me, The Living Daylights, GoldenEye and Casino Royale. Despite such shining examples of the Bond genre being screened, admittedly a few of us “rested our eyes” for a few brief moments but thanks to a mix of excitement, several cups of coffee and high energy snacks, we “just survived” and managed to stay the course.

I cannot stress how much of an absolute treat it was to see such classic Bond films on the big screen. Although I’ve seen every Bond film since Tomorrow Never Dies at the cinema (showing my age!), there are only a handful of the other films I’ve been lucky enough to see at the cinema. For me personally, the highlights were Goldfinger, simply because it looked in pristine condition, OHMSS and GoldenEye. Growing up in the 90s, I was slightly too young when Pierce Brosnan’s debut 007 was released in cinemas and have only ever seen it on DVD and Blu-Ray. This version of the film included the now infamous “headbutt” scene where, near the end of the film Xenia ambushes Bond and Natalya, telling her to “wait for your turn” before enjoying one last squeeze. This scene was always heavily edited or even cut completely from the home release so seeing it was a real surprise.

The DCPs shown were newer than the Lowry restoration versions created for the Special Edition releases back in 2004. After getting in touch with the licence holders, I can confirm that the versions shown were the DCP 4k restorations, which is why all 6 films looked utterly stunning on the big screen. It was rumoured that the version of Casino Royale was the edition shown in the US, however this is still to be confirmed by Q Branch…

JBR family members were Mark Ashby, Tony Black, James Blundell, Brian Dobson, Richard Neves and John Ward. Thanks go to the PCC for putting on such an epic marathon.  Mark Ashby was also there with another group 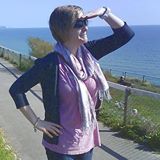 Did you attend the screening? If so, let us know what you thought by getting in touch via social media, Facebook and Twitter!