Let’s Not Get Ahead of Ourselves, Shall We? 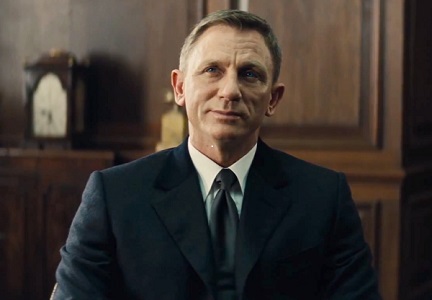 By now most of us have read the Daily Mail piece quoting anonymous sources who claim that Daniel Craig has turned down a £68 Million offer to play Bond in two more films.  Here at JBR, we typically pay no mind to the onslaught of rumors surrounding Daniel’s status as Bond, however, I thought it should at the very least be addressed in some way. Such fodder most recently intensified when Daniel gave his infamous interview in Time Out Magazine last year promoting SPECTRE stating that “I’d rather break this glass and slash my wrists” when asked to imagine doing another Bond film.  At that time, the media had a field day when it was clear that many outlets simply took the quote out of context and spun their own stories around it as the media typically does. 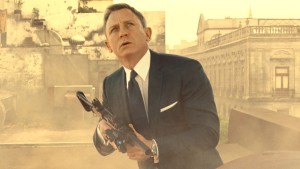 It’s come to light, however, that the BBC also tried to find out what they can from their own sources and they failed to get a definitive answer about Daniel’s status.  The BBC’s source is quoted as saying that Daniel has yet to make a decision and that “no decision is likely to be made for a while.”

At this point, given the inconsistency between the two different sources for the two different outlets, it’s probably best not to jump to any conclusions.  Until EON confirms or denies it, I think we should all consider Daniel’s status as the current Bond unchanged. This is not to say that the Daily Mail’s exclusive story won’t turn out to be true.  It very well may, however, often times these days media outlets rush to be first rather than be accurate. Whether that is the case here or not, only time will tell.

Fittingly enough, Sir Roger Moore has chimed in with his own take on the situation tweeting:

“Why is the media intent on saying Daniel Craig has quit as Bond? He has not. He is the incumbent actor in the role until he says otherwise.”

I tend to agree. This could be just my own way of looking at it, but I find it a bit odd that multiple media outlets appear to be chomping at the bit to oust Daniel Craig even before this most recent Daily Mail story. I can’t seem to recall the same sort of enthusiasm to replace any other Bond actor although admittedly my Bond fanhood started in the Brosnan era so my perception of how this was done 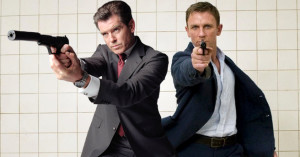 in the past is somewhat limited. Still, even after Die Another Day, I don’t recall there being such a call to arms to replace Brosnan.  I’m sure there must have been some articles suggesting actors who may have the necessary qualities to play Bond, but I don’t recall there being such frenzy from the media to demand that any of those suggested actors should have pre-empted Brosnan’s tenure in the role.

With the advent of the internet and social media, news outlets and tabloids are under a tremendous amount of pressure to remain relevant.  After all, most of the young generation gets their news from online rather than through a traditional print newspaper. As far as Entertainment News is concerned, any kind of news about Bond always generates interests across the globe.  It’s been that way practically since the cinema franchise began.  I can’t help but wonder, however, if the escalation in this call to replace Craig has been manufactured by the media for its own self- interests.  They know that this kind of news gets clicks and clicks are what get them advertisers.  Unfortunately when it comes to the internet, it’s the more sensational stories that stand out and grab attention.  It’s not enough to say “Daniel Craig’s tenure is uncertain.”  It’s better to say “Daniel Craig told His Bosses ‘I’m Done.’” If this is how the media handles Entertainment News, imagine how poorly they might handle real news.  Just food for thought.

Here at JBR, we intend to sort through all the nonsense.  Until we hear otherwise through official channels, Daniel Craig remains the current James Bond and we stand ready and waiting for him to get back to work . . . with pleasure of course.

P.S.  While having just chided The Daily Mail for its tabloid style quality, I found this piece they did back in October far more interesting than the Daniel quitting pieces they’ve run detailing the injuries Daniel has sustained during his 007 tenure.  Perhaps tabloids aren’t all bad after all.  Here’s one for the ladies.