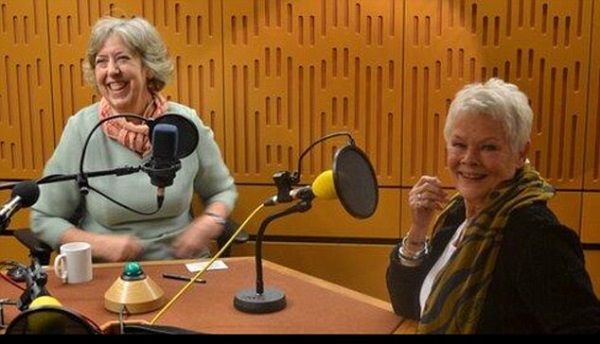 In Scotland we’d call it ‘dreich’ but in London I suppose the weather that evening its more akin to damp with showers. Think London Skyfall scene outside M’s residence and that would be both accurate and appropriate. I was walking through London that evening with a work colleague trying to push our way through both the weather and the crowds as we made our way towards the famous Royal Automobile Club in Pall Mall, at the heart of London.

As we jostled our way there, I tried to point out to my colleague (my Boss, in fact) that this was ‘the street where Madeleine left Bond in SPECTRE’ or ‘here’s the safe house’ from the same film. He didn’t seem much interested to be honest and was keener to hurry up so as to make our 7pm appointment time. We were running at pace to make sure we were punctual to a talk we’d both been invited to. That talk was with Eliza Manningham-Buller who between 1997 and 2007 was the Head of MI5 and the British Security Service. I was running to meet the real M!

We made it in time to R.A.C. building which looked like something out of a Fleming novel and easily could have been in any Bond movie, indeed the room we were in was more than a little like the SPECTRE meeting room in the aforementioned film. Grabbing a quick class of champagne (we’ll it’d be rude not to), we took our seats with the other 75 attendees.

Eliza Manningham-Buller (for the sake of brevity, lets call her EMB) took the small stage, leaned into the mike and stated that she’d talk for 30 min and take about the same time for questions. She clearly put up front that she wouldn’t be able to answer some questions as she was still bound by the UK Official Secrets Act (until she died) but would answer where she could. She did ask that we not put two specific questions to her, which were, ‘what was it like to be a woman in the Secret Service (not being a man she never had a frame of reference!) and ‘nothing on Spooks (a long running UK MI5 TV show) please, as apart from the entry panels to the doors it resembled nothing like the real MI5.’ And with that she began.

Unsurprisingly she was a very clear, eloquent and commanding speaker and (I kid you not) she came across with the authority you’d imagine Judy Dench would if she really were M. But, back to the plot… EMB made it very clear from the start that the BSS and MI5 was nothing at all like it is portrayed in all forms of popular culture. She made a particular point in decrying Le Carre as a ‘man who spent 15min in MI5’, that made me smile and leveled the recent Le Carre v Fleming debate! She said interestingly that information came from 5 sources only; eavesdropping, inside agents, following suspects, electronic leakage and intercepted communication. Surprisingly it was still very much a human affair and whilst technology had improved the ability to sort the vast amount of information, it could never replace human intuition and verification. The challenge that all Intelligence communities had the world over was not gathering intelligence but being able to sort the vast amount that came through to identify the individuals or groups to watch more closely. The Service itself lived in constant stress of slipping up and the unavoidable point of for ‘every 15 we get, 1 slips though’. For all its resources the Secret Service cannot predict the future and occasionally some individuals don’t hit the radar (or do, but look to be low risk) and evil can happen. She made the point that the 7/7 London bombings were an example of this but also on the day of the 5th anniversary of 9/11, they intercepted 12 British nationals who were about to board 12 planes to the U.S. They had planned to blow up planes over major US cities using liquid explosives and disposable cameras as detonators. There were 14 more of these that were stopped that we’ll never be aware of she said matter of factly…

When it came to questions we got the chance of an open floor with her but I got beaten to the punch when someone asked her thoughts on James Bond! She was quite clear (unsurprisingly) that there were no Aston Martins in the garage, no martinis and nobody running around the world with PPK and a license to kill (or so she says…)! She went on, that in reality James Bond would have been drilled out the Service and arrested on grounds of ‘illegal actions, alcoholism and down right stupidity’, ‘I mean’ she went on ‘who would take the Head of the Secret Service to a remote Scottish estate with no arms and not even a mobile’. Preposterous were her closing words on that, but I did note she was quite descriptive and clearly had seen Skyfall to note all the plot points!

Further Bond related insight came a little later when she was asked if there were any open days in MI5. Weirdly there is an annual bring your kids to work day in the MI5 building! However, feedback had been that most of the children left disappointed when they couldn’t see the exploding pens, laser watches or even a single submarine Lotus! ‘Q has a lot to answer for’ she sighed.

Overall though this was a very insightful and privileged meeting where I was left with the clear impression that the real Agents in the BSS are bright but stressed graduates who know more about computer codes than they do about PPK’s. But clearly the James Bond success has actually helped the real British Intelligence Services as a lot of potential troublemakers out there seem to think that some of what they see in Bond is real and this has allowed both some success in capture rates and and overall deterrent. I’d like to think that somewhere Mr. Fleming would find that fact quite amusing and highly interesting in itself! 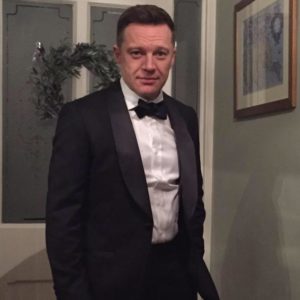