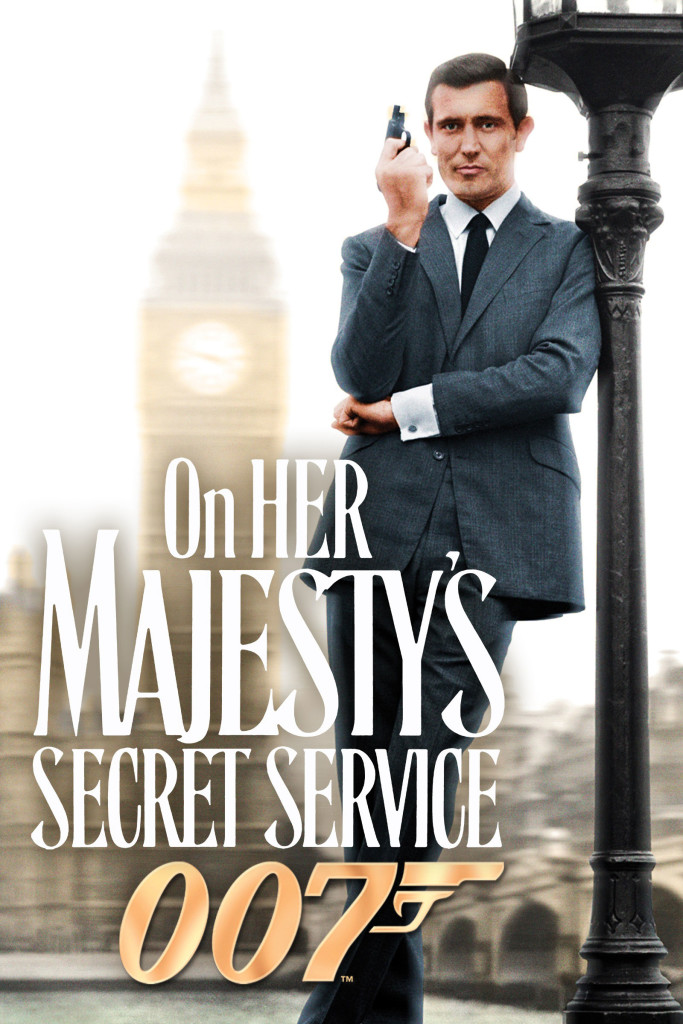 Editor’s Intro:  As the 2nd anniversary podcast approaches promising some fun insightful interviews with the JBR fans, it’s fitting that here on the JBR website we take a journey with one of our listeners as he tells us his own story about his relationship with On Her Majesty’s Secret Service.  Like many other fans, Logan Morford had his own preconceptions about the film before re-evaluating it and coming to appreciate it as one of the masterpieces of the film franchise. I’d like to thank Logan for sharing his story with us and without further ado, we present this story of Bond fandom.

When George Lazenby’s James Bond watched Contessa Teresa Vincenzo speed away from him after a daring beach rescue, he seemingly broke the fourth wall and pointed out to his audience – “This never happened to the other fellow”.

Those words may have proved to be more prophetic than anyone involved in the making of ‘On Her Majesty’s Secret Service’ could have known. Lazenby was correct. The scrutiny, misunderstanding, and unrecognized brilliance that OHMSS has endured almost certainly “never happened to the other fellow”.

Frankly, I’m glad it did happen to at least one fellow. ‘On Her Majesty’s Secret Service’ is my favorite James Bond film. I’ll even go a step further. I believe it is the quintessential James Bond film.

I confess. For many years, I fell victim to the same misunderstandings that many James Bond fans experience and these views colored my perception of the film for most of my life. Two of my favorite myths are that Lazenby wasn’t good enough for the part and was fired (he actually quit after his first film) and that he wasn’t the first Bond (obviously, he was the second). The movie’s legacy seemingly had a lot working against it with Lazenby, an inexperienced actor, taking over a role expertly executed by Sean Connery and a love story that made Bond vulnerable to movie audiences for the first time in the franchise’s history.

Now? I think these aspects serve as strengths for the film.

My view of OHMSS changed when I was down with the flu and decided to revisit a Bond flick I hadn’t seen in quite a while. I didn’t remember a lot of the finer details of the movie and was curious if it was as much of a throw away flick as the common Bond fan often finds it to be.

Prior to this viewing, I suppose I never really even gave OHMSS a fair shot. The film always felt like that “other Bond film.” It was one you knew was out there but possessed a stigma that most likely was the result of it being the only Bond film featuring an actor in the role for a single outing.

Another factor working against the film for me at the time was that my family and friends were always of the mindset that Sean Connery was THE James Bond and everyone else after him was just trying to be. This is a popular view among casual James Bond fans and with good reason. Connery was the first actor to take on Fleming’s spy and set the standard for all others following to be judged against. I also adopted this philosophy and admit that much of it lingers with me.

I was introduced to Bond films through my parents. My father specifically liked the first five Connery films and made sure that I saw them at an early age. To this day I have vivid memories of watching ‘From Russia With Love’ with my parents and how excited my mom got when the Bond theme came on. I practically wore out our VHS copy of ‘Goldfinger’. The opening scene where Bond unzips his wet suit to reveal a perfectly pressed jacket and tie was endlessly fascinating to me.

There is a larger-than-life quality to the Connery films. The volcano bases, epic underwater battle scenes, and rocket pack escapes had a magical, almost sci-fi like feel to them. This was irresistible as a child. After fantastical films like ‘Thunderball’, ‘Goldfinger’, and ‘You Only Live Twice’, a much more grounded and espionage oriented film like ‘On Her Majesty’s Secret Service’ seemed a bit bland.  It wasn’t bad, it just wasn’t as explosive and riveting.

With that background, my expectations while revisiting the film a decade later were quite low.  I was now experiencing OHMSS with fresh eyes in my early 20s. To my surprise, I ended up watching the movie twice that afternoon. The first viewing was fun and I found that it possessed all the characteristics of what I believed the James Bond series was about. I felt compelled to watch again and make sure that my perception wasn’t just a flu fueled haze. In fact, it was quite the opposite. The second viewing only reinforced what I’d found. It was clear. From that day forward, OHMSS was James Bond. Two aspects crystallized this for me.

First, Lazenby as Bond was refreshing. Don’t get me wrong. Connery is classic and his first five films as 007 are as iconic as it gets but when I read the Fleming novels, Lazenby is much more what I picture as the face of James Bond. Essentially, George provided a reimagining of the character for audiences. He was a reminder that Bond is a mythos and not just one actor.

Second, he’s able to humanize Bond through his relationship with Tracy. Fleming provided insight to Bond’s mind in his novels. The reader understood his motivations, weaknesses, and arrogance and while he was, at his core, a cold hearted assassin, he was a man who possessed at least some sentiment. The Connery films portrayed a slightly different man. His was a Bond who largely lacked sentiment and who didn’t recognize regret or loss as emotions. Everyone and everything was expendable.

Lazenby’s Bond was more relatable. His affection for Tracy was real and those core human elements of love and affection juxtaposed against his cruel profession added a depth that we see in Bond perhaps only in one other film: Casino Royale.

Aside from the recast hero and the romantic plot device, On Her Majesty’s Secret Service has countless other attributes to boast. The score is second to none in the Bond cannon. Telly Savalas is a cunning and believable criminal mastermind. The cinematography is gorgeous and stands out specifically in the scenes featuring Piz Gloria.

The audience is fortunate enough to see a sneaky and deceptive James Bond who impersonates another man and infiltrates a criminal organization. There are alpine snipers, tailored suits, exotic locales, difficult negotiations with M, and references to previous Bond adventures. This film also ends in the most Fleming way possible – a truly heartbreaking assassination on the day of Bond and Tracy’s wedding without revenge or resolution. Just a hard cut to the credits. It is a true spy film. It is not a blockbuster action movie.

These attributes make the fact it is often regarded with contempt all the more confusing. Granted, Lazenby chose to only do one film and the character experiences emotions previously inconsistent with the film version of Bond but it does seem to be an accurate representation of Fleming’s conception of Bond.

When I share this view of OHMSS with other folks I know that appreciate Bond films, I’m often met with skeptical looks.  The most common response I hear is, “but it would have been so much better if Sean Connery had been in it!” I suppose we will never know but I can play the what-if game as well. The real scenario we should be considering is how much better would the sequel to OHMSS – ‘Diamonds are Forever’ – have been with Lazenby and not Connery? Imagine a revenge storyline with a brooding and grounded Lazenby instead of what was almost a farce of the previous Connery films.

I do what I can to spread the word on the brilliance of ‘Majesty’s’ when I can as I consider it the forgotten gem of the series. If more folks would give it a chance, I believe this film would be more highly regarded. It’s not Connery. It’s not Moore, Craig, Brosnan, or Dalton. It is a work unto itself. It is simultaneously a significant part of the Bond mythos and a solitary story that is nearly flawless.

It took me a while to get there but I do believe that OHMSS is the Bond film to end all Bond films. It was a journey and an exercise in disregarding previously held misconceptions but well worth it.

Thankfully, it happened to this fellow.