Notes From a Bond Fan 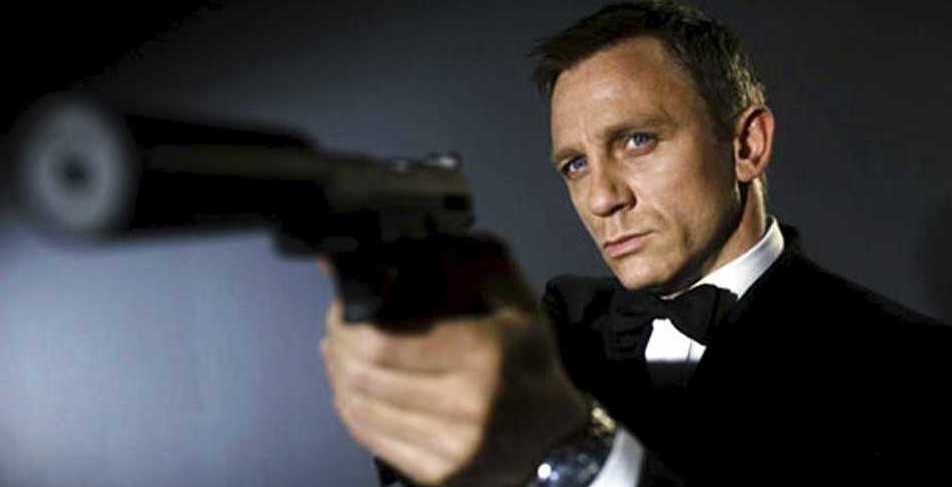 In the first post from our newly expanded James Bond Radio blog, JBR listener Simon Woolley (who you may remember from episode 24 with the great Fawlty Towers/Bond question), takes the trademarked 007 Quick Fire questions and offers some thoughts on some of our fellow Bond podcasters!

Morning all! Simon Woolley of the allegedly beautiful speaking voice here. I’m 44, I work as a Geography teacher in Hampshire (yes, I do have a (small) beard and own a corduroy jacket, sandals and a rucksack – but I do look great in a DJ), I’m a fanatical birder and wildlife traveller, and … er … I’m a Bond geek. By way of further introduction, I thought I should probably start by taking the standard JBR “get to know you” quiz. This is a Bondian dating site, right?

Favourite Bond film? I’m a massive fan of From Russia With Love, OHMSS and have a sneaky secret love for Moonraker…but for sheer, bloody-minded entertainment value, I’m going for Casino Royale.

Favourite Bond book? This is where my fanboy credentials take a serious hit. I’VE NOT READ ANY OF THEM! However, I’m putting that right, kicking off with Charlie Higson’s non-canonical Young Bonds. So the only answer at this stage can be – Silverfin! It’s OK – and features the odd eel or two, so what’s not to like? Before everyone scoffs and writes me off – just imagine never having seen a particular Bond movie, and it’s sitting there, shiny, in the DVD case, ready for you to see for the very first time. That’s the position I’m in with the books! Yum….. Also my mum owns a first edition hardback of YOLT, which would be fun to read, and might even be worth a few quid.

Favourite Bond actor? Seeing as my wife won’t be reading this (surely?) I’m going to say Sophie Marceau. But if I’m avoiding lust-driven choices, then it has to be Robert Shaw as Red Grant in FRWL. He hovers brilliantly between menace and suave, corniness and genuine threat – in other words, he is Bond’s evil twin, and thus the perfect adversary.

Favourite actor who has portrayed Bond? I grew up with Roger, then went through a retro Sean phase, hated Timmy because he wasn’t either, missed George until late on and quite liked him, loved then hated Pierce as the films went on, and then fell hook, line and sinker for Daniel’s reboot. And on rewatch I’ve had the same and the exact opposite reactions to each. But with a Walther PPK held to my head…I’d have to choose Danny Boy, with the proviso that he still (as of Nov 2014) has time to mess it all up forever. And he will never wear a safari suit, which could arguably give Roger the edge in any event.

Earliest memory of Bond? It has to be staying up late at Christmas in about 1977 to watch the big festive Bond movie. Those were the days – no videos or DVDs, four years or more after cinema release for TV showing, huge event when Bond finally made it into your home. I need to do a bit of research to pin down the dates, but it was either TMWTGG or DAF – I suspect the latter. I have a distinct memory of being terrified by the gorilla, and asking my Mum what an alimentary canal was.

The most Bondian thing I’ve ever done? Oh dear. There are a few moments which spring to mind: meeting Maryam d’Abo while wearing a dinner suit at a London movie premiere; riding in my brother’s white (and rubbish) Lotus Esprit and daring him to aim for a lake; snorkelling over a shark in the Galapagos and pretending to have both a rebreather and a speargun; or spotting Sir Sean coming through arrivals at Gatwick (actually that’s just a name drop/claim to lame, not something Bondian). I probably also played rugby against Daniel Craig when I were a nipper living on the Wirral – he was a regular for the local club my school played against all the time. But we might have been in different age groups.

But I think my one truly Bondian moment has to be this. I’d just finished my final exams at uni, and a mate and I invited our professor to a formal dinner as a thank you. So there we all were, dickie-bowed and cufflink-adjusting like crazy, picking lobster thermidore out of our cummerbunds and enjoying a brandy after the meal, sat in massive leather armchairs in the library. There had been rumours about this guy, but none of us really thought they were true. However….my mate wanders off to the bog, and Professor X (I can’t use his real name – I must keep my family safe) leans across to me, and says: “While we’re on our own, I want to talk to you about doing some work for the government. Nothing full time or formal, just keeping in touch as the years go by. Think about it, and let me know.” And then he sits back and returns to idle chit-chat about whatever else! It was never mentioned again, and I never got in touch. But then a trained killer, master of deception and international super spy would say that, wouldn’t he?

So that’s my basic Bond heritage and profile. Any content in this post? For now, I’d just like to flag up two “competitors” in the world of Bond podcasting, although of course we all know it’s not actually a fight involving steel-rimmed hats, chakra-torture knives and tarantulas – not at all.

Podcast 1 is Jamesbonding (http://www.nerdist.com/podcast_channel/james-bonding-channel/) with Matt Mira and Matt Gourley, based in San Francisco. These guys are plainly utter Bondophiles, and they’re nearing the end of their movie review run, which they have controversially done from opposite ends of the canon – i.e. Dr No, Skyfall, FRWL, Quantum etc. Best bits – Greg Proops (he of Whose Line Is It Anyway?) joining the Matts for an in-depth TMWTGG, their fantastic acapella opening music (only in the last few episodes), the LTK episode with some amazing personal insights about Robert Davi, and the maddeningly amusing Goldfinger episode – more of that another time. Less good – the Matts have a dreadful habit of watching bits of the movie in the studio while reviewing them. Please Tom and Chris, promise you’ll never do this!

Podcast 2 is the Now Playing Podcast (http://www.nowplayingpodcast.com/archives.htm), presented simultaneously from several US cities. Brock, Stuart and Arnie have built up a massive archive of cult/sci-fi/horror movie reviews, and they have done the entire Bond canon already. They’re sharp, often witty, occasionally irritating and pretty impartial. Although their taste (or lack of it) sometimes amazes me, it’s a good, if controversial set of podcasts for a Bond fan to work his or her way through.

That’s all for now folks! May you continue in your Bondage.