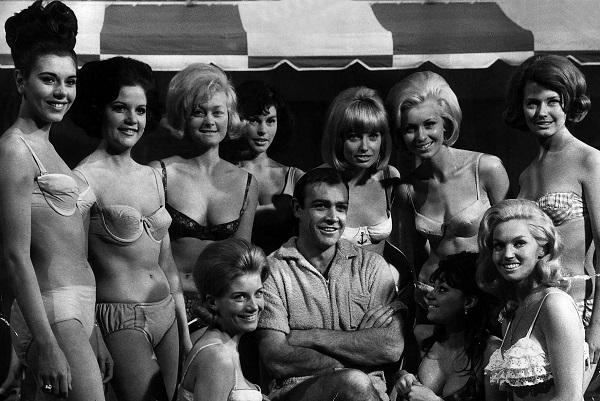 Editor’s Note:  Sheila James is known to most JBR listeners as a lover of all things George Lazenby and OHMSS.  Her enthusiasm in the Facebook comments section and the few times when she’s been heard on the podcast is quite often infectious.  On this occasion, however, she has taken upon herself to catalog her favorite “Bond girl in a bikini” moments, which provides us with yet another reason to admire and commend her. If this blog post had been the brainchild of any number of our male heterosexual listeners, I’m quite certain this whole affair would plummet and descend into a vat of unintelligible grunting and offensive wolf whistles.   In the capable hands of Sheila, however, we have a blog post that is both celebratory and respectful enough to publish.  We all owe a debt of thanks to Sheila.  Once again she has given us a reason to smile.

A staple of Bond films is the Bond girl. The Bond girls themselves have at various times been agents, doctors, or just conquests.  Many of them have donned a bikini to the delight of viewers across the globe.  With the summer season soon coming to an end, here are a few of my favorite memorable Bond girl in a bikini moments.

Ursula Andress as Honey Rider in “Dr. No”. When we first see Honey she is emerging from the ocean with seashells in hand and a dagger at her side. She asks Bond “Are you looking for shells?”  His reply “No. I’m just looking”.  This is a classic moment in Bond history and a memorable scene in cinematic history. I like her character.  She unfortunately has had a hard past by being raped but sought revenge by putting a black widow spider in the mosquito netting of the bed of the person who assaulted her. “It took him a whole week to die,”Honey says. Sean Connery’s Bond appears uncertain how to respond to Honey’s tale except to say, “Well, it wouldn’t do to make a habit of it.” Besides being beautiful, she is resourceful by selling shells to Miami and assures Bond he won’t steal them.  Honey also reads the encyclopedia to educate herself. She seems like a type of person who appreciates a help up but not a handout.

Shirley Eaton as Jill Masterson in “Goldfinger”.  Bond has discovered that Goldfinger is cheating at cards and heads to the hotel suite to find his accomplice. Upon entering the balcony, Jill is reclining looking through binoculars.  Jill tells Bond that she gets paid to be seen with Goldfinger.  Just seen. One of my favorite moments in the entire series comes later when Bond sees her painted gold.  Although She has very little screen time, I like her character. I would have loved to have portrayed Jill.  Besides being beautiful, she seems amused when Bond talks over the microphone to Goldfinger telling him to start losing.  She likes what she sees as well as Bond’s assertiveness.  You can tell she’d much rather spend the afternoon with Bond instead of helping Goldfinger cheat at cards.  Unfortunately, she pays the ultimate price for that decision.

Jill St. John as Tiffany Case in “Diamonds Are Forever”.  She’s smart, focused on smuggling diamonds, and sassy, “I don’t dress for the hired help”. Jill was the first American Bond girl and she’s also a good actress.  Regrettably, when she puts on the bikini she takes a turn and her character doesn’t seem as smart or as resourceful as she had been earlier on in the film. This isn’t Jill St. John’s fault since it’s clearly a flaw in the script.  Tiffany subsequently switches the wrong tape and doesn’t know how to handle a gun.  I wish her character was more consistent throughout the film. Prior to this, however, we first view Tiffany wearing the bikini lounging on the oil rig reading a magazine and briefly looks up at Bond. She gives the air of being sassy here and later Blofeld tells her to put something on and returns with only slightly more coverage over her arms.  Tiffany is wearing exactly what she wants to.

Britt Ekland as Miss Goodnight in “The Man With The Golden Gun.” Scaramanga enjoys a girl in a bikini.  No concealed weapons.  Britt first wears the bikini during the scene around the table and not on a beach.  When she enters the room, she is asked if she has been enjoying the beach thus the reason for her attire.  Britt is seen later wearing the bikini during the escape from the island. Her character has some comical moments from getting shoved into the closet by Bond and getting locked in the boot of Scaramonga’s car. Goodnight is likable and seems to be in love with James and ready for love at a moments notice (literally).  Although she easily becomes the “damsel in distress,” she does knock out one of Scaramanga’s henchmen during the finale battle. Britt was a fitting co-star, and she is another character I would have loved to have portrayed.  The Man With the Golden Gun is my favorite of Roger Moore’s Bond films.

Caroline Munro as Naomi in “The Spy Who Loved Me”.  Arriving by boat to collect Bond, she is wearing a bikini, sheer robe and sunglasses on top of her head.  This bad Bond girl will be dispatched shortly yet she exudes beauty and coolness.  Mr. Stromberg’s time is precious, so she keeps things all business.  Bond delivers a double entendre by mentioning great lines and excellent craftsmanship.  As a child, I wished I would have Caroline’s figure when I grew up.  I’m still waiting.

Bond fans are a lucky bunch indeed to have the beauty of these women immortalized for future generations to admire.  Judging by how gracious some of these actresses have been with Bond fans over the years, we’re also very lucky for these women to have been beautiful people on the inside as well. 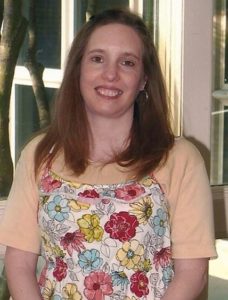