5/25/2017
by Sid Man
Our good friend Sid Man has submitted a special blog post about his memories of Sir Roger Moore. Sid Man has been fortunate enough to have appeared in both Skyfall and Spectre, but Sir Roger was the Bond actor he most admired while growing up.
I’ve been lucky enough to appear in two Bond movies, so whilst Daniel Craig is ‘my’ Bond, Sir Roger Moore will always be my Bond.

I grew up in the 70s, a time when Bond had transitioned from being super suave to Roger’s more casual but nonetheless efficient assassin. Roger’s Bond was more like his Simon Templar persona. Easygoing but ruthless when something needed doing. Charming when it mattered but cold if he was crossed. He had the gadgets – that wonderful underwater Lotus, the speedboat that turned into a hang glider, that laser watch and, of course, ‘Balls, Q?’ – bolas, 007!

My first Roger Bond was Moonraker. I must have seen this movie 6 or 7 times over the course of a hot 1979 summer. 50p for entry and a chance to get out of the house with my friend, even if his annoying sister had to come along!
It was Bond’s attempt to out-Star Wars Star Wars with middling results. It was, however, the first appearance of the Space Shuttle – a full 3 years before it would take to the skies for real. This time, the Shuttles would be in the hands of a meglomaniac intent on taking over the world and molding it to his liking…what Bond film wouldn’t have a meglomaniac? There was Jaws, the metal toothed henchman from The Spy Who Loved Me, a fight on a cable car and the inevitable beautiful women. Of course, beautiful women were kinda lost on an 8-year who thought it very uncool to like female characters, so Holly Goodhead was ignored along with Jaws’ very buxom lady friend.
Anyway, Roger’s Bond was the opposite to Connery’s suave calculating Bond. Roger smiled his way through trouble, charmed the ladies and used Q’s gadgets to get the results he needed and wasn’t afraid to get help. He was also the first non-black haired Bond…bad luck DC! Bond had a quip for every moment where seriousness might have been a better tact, but it worked. The 70s demanded a less serious Bond. Roger’s Bond was serious but casual at the same time His was a Bond that fought the Cold War and was always against the Russians and East Germans in some form. 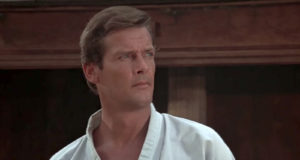 Going back over his library, Roger Moore managed to make a blaxploitation Bond, a kung fu Bond before settling on a firm favourite – The Spy Who Loved Me. The 10th Bond set the formula for the next decade and locked Roger into being the Bond we all know and loved and had the perfect opening sequence ending with THAT Union Flag parachute! Arguably, he probably stayed 2 movies too long. For Your Eyes Only was the perfect swansong and also a sequel (of sorts) to OHMSS. A chance for Roger to prove he could do cold calculating Bond whilst retaining the charm of his version. He would, of course, return two more times before calling it a day, but each of his Bond movies had the right tone for the period they were made in. 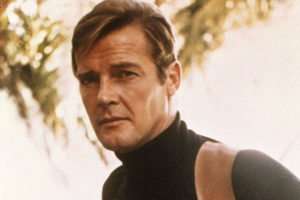 Yes, there are times when his Bond shouldn’t have survived the first act, let alone 7 movies, but he became an everyman Bond. He had the skills and the backing to do what he needed to do, but unlike Connery’s Bond who always seemed in control, Roger’s Bond was prone to losing control now and then, but we always knew he’d come through and win. It was a Bond we were able to relate to a little more and being a little more advanced in age, became a favourite uncle who would tell us wonderful stories of his exploits in the war, but we’d never be able to tell if he was really telling the truth or not. 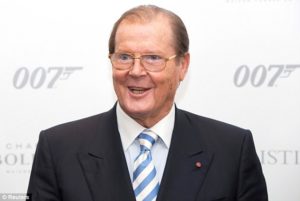 Roger might not have been the ‘best’ Bond, but he was my Bond. A perfect Bond for the time as it required it. Effectively, it was Simon Templar without the halo and better gadgets but it worked. He knew it was useless to try to emulate Sean Connery and he was right. He did it his way.
RIP Sir Roger Moore…you will be missed. Keep the British end up, wherever you are! 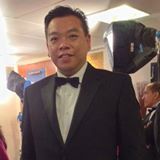