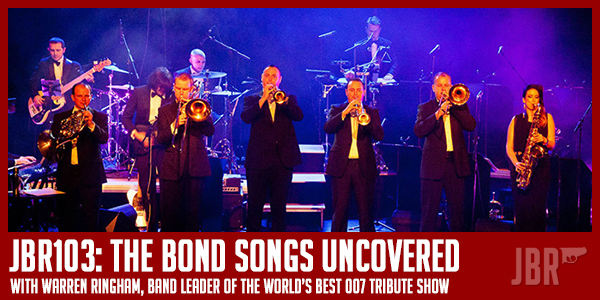 As the band leader of the super popular Bond tribute show Q The Music, Warren has a very close relationship with the songs of Bond. Having performed them night after night for years his insight into the inner workings of the songs is truly fascinating. Being the band of choice for September’s Bondstars event at Pinewood, Q The Music will be performing to the who’s who of Bond royalty, even Bond music heavyweights Monty Norman and Don Black!

You’ll be hearing the songs of Bond in an entirely new way after listening to this week’s podcast.
Don’t forget to check out qthemusicshow.com for more info about the band and be sure to grab tickets to their show at The Harlington in Fleet on November 27th.