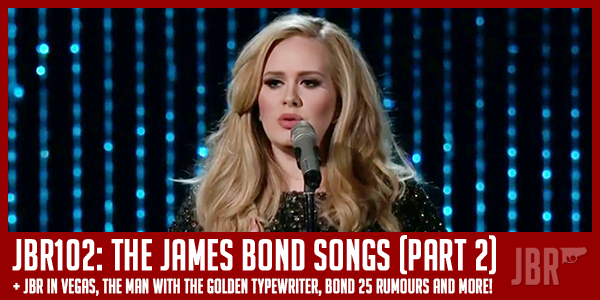 It’s time to conclude our coverage of the theme songs of Bond. This week we’ll be going from Octopussy’s All Time High all the way through to SPECTRE’s Writings on the Wall.

Also we talk Tom’s recent trip to Vegas, The Man With The Golden Typewriter, the latest Bond 25 rumours and a whole lot more!

NOTE: Due to Youtube’s strict music policy, there will be no video version of this week’s podcast [Song reviews begin at: 47:17].