The Lost Adventures of James Bond 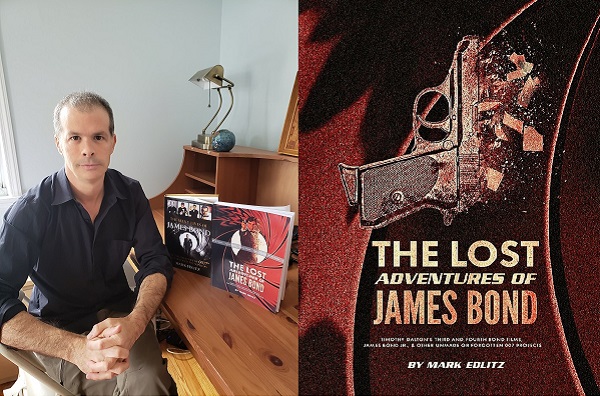 The Lost Adventures of James Bond

and Other Unmade or Forgotten

The James Bond universe is greater than you might think. Even if you have seen all the movies and devoured Ian Fleming’s books, there is much more to discover about 007. There is a fascinating galaxy of Bond adventures that have been “lost” or unmade, out-of-print, or forgotten by even the most dedicated Bond fan.

Through his probing interviews with their creators in THE LOST ADVENTURES OF JAMES BOND, Mark Edlitz uncovers different scenarios for Timothy Dalton’s abandoned third and fourth Bond movies, questions Toby Stephens about playing 007 on the radio, delve, and exposes the secret history of James Bond Jr, the animated series about 007’s nephew. Edlitz also solves a long-standing Bond literary-mystery, investigates the cheeky commercial which inserts Daniel Craig into a Roger Moore-style escapade, and reveals the story behind Sean Connery’s lost Bond performance.

These and other projects are revealed in this vastly entertaining and enlightening book. Using never-before-seen photographs, Edlitz uncovers a wealth of unexplored lore.

THE LOST ADVENTURES OF JAMES BOND is a must for any Bond fan.

THE AUTHOR:
Mark Edlitz has made a name for himself by writing about beloved and sometimes overlooked manifestations of pop culture. He wrote about Princess Leia’s Metal Bikini for The Huffington Post, the Superman Broadway musical for Hero Complex in the Los Angeles Times, and about the forgotten Doctor Strange TV movie for Ain’t It Cool News.

Mark wrote the book How to Be a Superhero, a collection of interviews with 35 actors who played superheroes over the last seven decades. He also wrote The Many Lives of James Bond, which offers the largest ever collection of original interviews with actors who have played Bond in different media, as well as in-depth interviews with many of the diverse artists who have contributed their talents to the making of James Bond movies, television shows, novels, radio dramas, comic books, and video games. He also produced and directed Jedi Junkies, a documentary about extreme Star Wars fans. Mark lives in New York City with his superhero wife and two villainous children.

Purchase the softcover edition from Amazon

Purchase the Kindle edition from Amazon