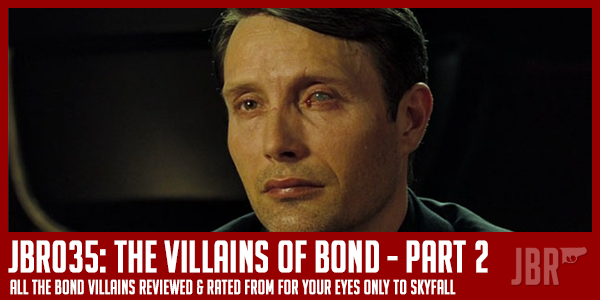 We’re back to conclude our Bond villain coverage this week with Part 2 of our Bond baddie special. This time we’re going from For Your Eyes Only’s Aristotle Kristatos all the way through to Raoul Silva, then concluding with rating every single villain with our trademarked 3-tier system.

As usual we talk about the usual SPECTRE news (with an airtight “skip ahead” spoiler warning system), run the usual gauntlet of trivia, quotes and music Qs and discuss who would win in a fight between Rosa Klebb and Irma Bunt.