The Wait for the Bond 25 Press Launch

The Wait for the Bond 25 Press Launch

It’s April 4th – Thursday afternoon in New York City-  and as of now we have yet to receive news about a Bond 25 press launch, title reveal, or even further casting news.  While this kind of secrecy may be expected from other major franchises (we still don’t know the title of the upcoming Star Wars Episode IX due out this December), it’s safe to say that many Bond fans are starting to feel uneasy. Bond fans everywhere are wondering just when we might get further official news.  Most of us were expecting the production to follow the same pattern as Skyfall and Spectre by having a big splashy press launch revealing the title, cast, and not to mention a vehicle – typically an Aston Martin of course.  Now, some fans are wondering if there will even be a press launch as most of us believed that such an event would have happened this week once production at Pinewood was set to get underway. 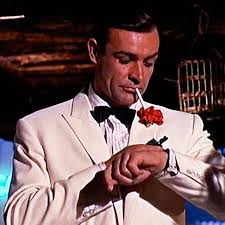 I suppose the only answer to these lingering questions is that all will be revealed once Eon is ready, but that hasn’t stopped fans from speculating about why a press launch which appeared to be imminent for this week has not yet been announced. It would seem unusual at this point for Eon NOT to have a major press launch and go with a low key “clapperboard” social media post announcing the title of Bond 25.  The consensus within the Bond fan community is that we are likely to get some kind of press release soon with more details to follow.  So, what’s the hold up?  Why didn’t we get a press launch this week?  Here are the prevailing theories. 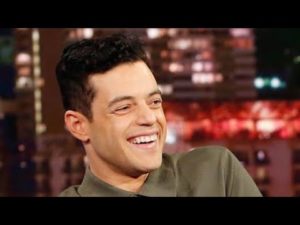 Rami Malek hasn’t been officially announced as having joined the cast of Bond 25, but his involvement has been said to be “in final negotiations” by various outlets since his Oscar win for Best Actor.  A social media post by Malek’s stunt double seemed to indicate that Malek is indeed on board.  While the imdb page for Bond 25 still lists Malek as a rumored cast member, it’s safe to assume that the actor will in fact be joining the cast of Bond 25 once shooting for the final season of Mr. Robot wraps later in the summer. In a previous post written before the Oscars ceremony, I speculated that news about Malek joining the Bond 25 cast wouldn’t come out until after the ceremony even though the actor had been strongly hinting at it during previous public appearances. At the time it made sense that both Eon and MGM would want to parlay the optics of Malek’s involvement in the next Bond film with his probable Oscar win for Best Actor.  From a publicity and marketing standpoint, this seemed to make the most sense. Indeed, most entertainment outlets started to report on Malek’s “final negotiaions” for Bond 25 about 3 days after the Oscars ceremony.

So, what’s going on now? Well, the aforementioned Mr. Robot production shoot is currently underway occupying most of Rami Malek’s time. While it was suggested to me that Malek could make an appearance via satellite at a Bond 25 press launch, such a move would almost certainly lessen the impact of announcing Malek as a new cast member especially since the cast of Bond 25 currently consists of mostly returning actors including Lea Seydoux.  It would seem out of sorts to announce the same cast members returning from Spectre and then have one of the few fresh new faces appear via screen for a few minutes. Hence, Eon may be perhaps waiting for a gap in Malek’s Mr. Robot schedule in order for him to appear at the press launch in person for an official announcement along with photocalls. 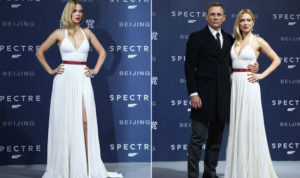 2. Waiting on a Bond Girl

There’s been widespread speculation about which actresses may be joining the cast of Bond 25 and whether or not they will be known or unknown. In late February just as the Rami Malek casting was unfolding publicly, reports of Lupita Nyong’o joining the cast as one of the Bond girls started to surface. It soon became apparent that due to schedule conflicts it was unlikely that Nyong’o would be a part of Bond 25.  Since then news about actresses joining the production has been limited to unsubstantiated rumors on internet forums.  Media outlets that have previously broken Bond news stories have yet to break a story about any new actresses (known or unknown) joining the cast of Bond 25.  One of my pet theories is that perhaps the Bond producers are still trying to woo a big name actress for one of the major roles in the film, and perhaps that actress has yet to sign on the dotted line.  It would make sense to hold off on a big press launch for Bond 25 if the contract status of a major star was not yet confirmed.  Judging by the reported attempt to sign Nyong’o, one might speculate that the Bond producers could be trying to land a high profile actress, one that would make a bit of a headline splash once she were to be announced.  Of course, this is pure speculation but it would come as no surprise if at least part of the hold up for a Bond 25 press launch might have to do with securing the services of a notable actress.

One theory floating around has to do with the possibility that Bond producers are waiting for Aston Martin to deliver a unique prototype vehicle in order to make the car reveal a part of the press launch’s festivities. While it’s not a theory that I’m particularly keen on in respect to it being the sole factor for delaying a press launch, I concede that perhaps it might be one of the contributing factors.  It has been reported that Bond 25 will feature an electric Aston Martin, specifically the  £250,000 Rapide E  model. While the Rapide E certainly seems to qualify as a Bond-worthy vehicle boasting “600 horsepower and 700 lb-ft of torque,” it’s quite possible that perhaps Aston Martin is working on delivering an altogether different vehicle prototype for Bond 25.  Perhaps the Bond producers want a vehicle that isn’t yet on the market.  Of course there’s no way to know for sure, but it does stand to reason that if Aston Martin were called upon to deliver a vehicle that isn’t already a part of their product line that it might take some time.  It also stands to reason that a car reveal would be a significant part of a press launch for Bond 25, so you can draw your own conclusions as to whether or not Aston Martin is the reason for the lack of a press event this week, but I would argue that it’s probably the least likely scenario.

These are all just theories and speculation floating around within the Bond community, but I thought I’d share them with you here.  There’s a chance that this blog post won’t age very well and that we’ll get some kind of announcement or date for the press launch very soon.  One can never tell.

There are two contributors to the Bond fan community who cover Bond news a lot more thoroughly than I ever could.  Some of the ideas behind these theories came from my own interactions with them.  You can also follow them yourself for all the latest updates as the saga of Bond 25 continues.  The first is @TheSpyCommand whose timeline of Bond 25 is indispensable.  Check out The Spy Command’s timeline if you haven’t done so already and follow as more updates continue to come in.  The second contributor is @CorneelVf on Twitter. There are have been many occasions when breaking Bond news occurs and I usually see it posted on his timeline before it starts appearing everywhere else. Just wanted to give both these guys a shout out.