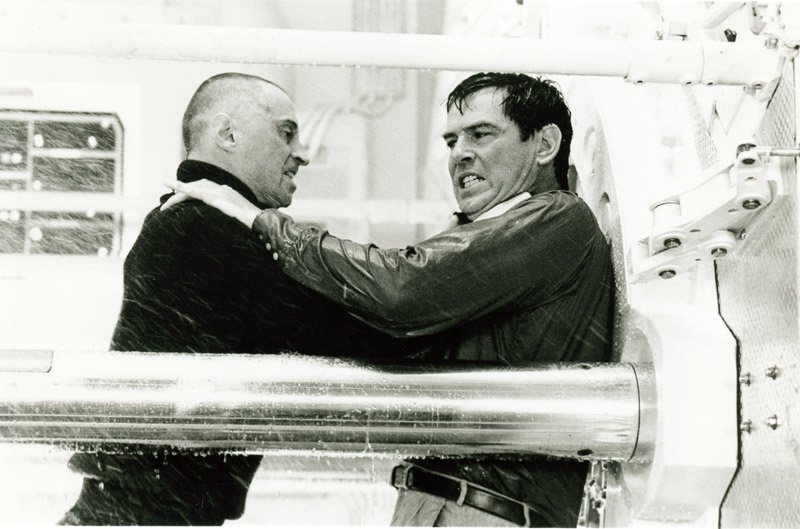 First off, a friendly reminder to anybody reading this that (including this week) there are exactly 23 weeks left until the release of SPECTRE on 6 November! This is a great opportunity to start rewatching the Bond films in chronological order, one per week, and discussing them with like-minded Bond fans on JBR’s various social media pages (scroll to the bottom for links) as we await the new film.

In SPECTRE news, many members of the principal cast have been busy filming various scenes in London. Here are a few select images (spoiler-free, of course). 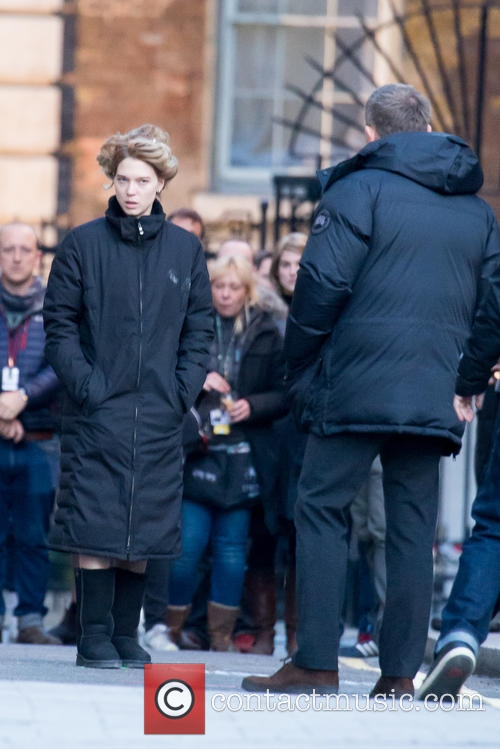 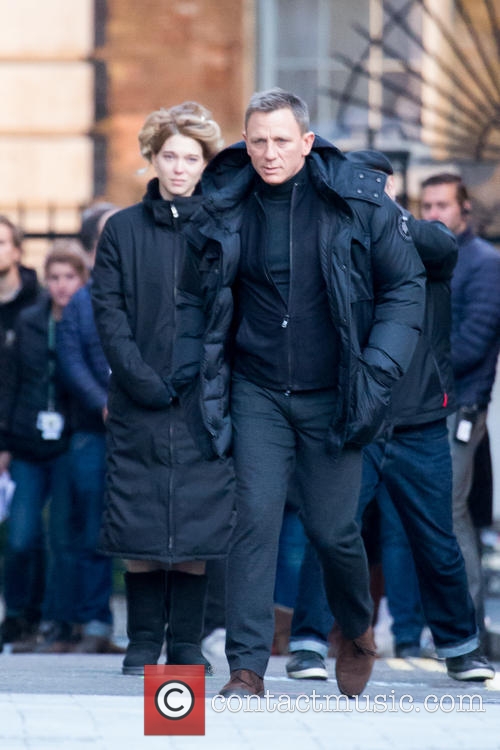 Rumours of Adele’s involvement with the theme song for SPECTRE also re-emerged this week with a vengeance, though no sources other than various British tabloids have been able to provide information about it.

As I’m sure nearly every Bond fan around the world knows by now, the title of Anthony Horowitz’s upcoming James Bond novel was announced on 28 May (as Ian Rankin’s postcard correctly informed us) – “Trigger Mortis”, which is of course a pun on the postmortem condition known as rigor mortis.

The most intriguing piece of news from the announcement is that the character of Pussy Galore, first introduced in “Goldfinger”, will be returning for more adventures with Bond in “Trigger Mortis” as the new novel begins two weeks after the end of “Goldfinger”. Her return marks the first time a primary Bond girl from the Fleming novels has reappeared in a subsequent novel (not counting Mary Goodnight, who was a minor character before becoming a full-fledged Bond girl for the first time in “The Man With The Golden Gun”).

The novel will revolve around the space race between the USA and the Soviet Union in the 1950s. Additional characters include Bond girl Jeopardy Lane and adversary Jai Seung Sin, the latter of which is mentioned as being Korean (prompting the obvious speculation about a potential Oddjob connection). Horowitz has also incorporated previously unused Fleming material about motor racing into the story of “Trigger Mortis”. Stay tuned to the next episode of JBR for Tom and Chris’ reactions to the announcement.

Jason Statham: “I’d make a decent Bond, but it’d be very, very different if I did it”

In an interview with the Guardian on 1 June to promote his new film (a spoof of the spy genre) Spy, Jason Statham has talked about the possibility of taking over the mantle of James Bond after Daniel Craig hangs up the Walther PPK:

When asked if he would play a Bond villain, Statham replied, “I don’t know if I wanna to do that. That’s not my thing. I’d rather play the other guy.”

Statham is still slated to appear as the protagonist of Viva La Madness (although production has been halted), a sequel to 2004’s Layer Cake starring Daniel Craig.

The first reviews for Pierce Brosnan’s new action thriller Survivor, also starring Milla Jovovich, have slowly been released over the past week – and unfortunately they are not particularly flattering.

In an interview with ComingSoon.net, director James McTeigue spoke briefly about Brosnan’s role in the film (as the antagonist):

“I thought there was also a certain sort of fatigue that he had, which was kind of good, you know? I think he was great at his job, but did he want to keep doing it day-in and day-out? … I think that Pierce played that resignation pretty well. It is a different role for him, and I think he sort of relished that a bit.”

Brosnan himself talks about the film briefly in this promotional featurette.

Reviews of the film, while mostly negative, have so far only made brief mentions of Brosnan’s performance as being competent but unremarkable. You can read some of the reviews here: Variety, Indiewire, AV Club, IGN, The New York Times.

Bond alumnus and acclaimed character actor Robert Carlyle has recently made his first foray into directing with the crime thriller/black comedy The Legend of Barney Thomson, and the film will officially open the Edinburgh International Film Festival (taking place from 17 – 28 June). Carlyle stars as a hairdresser turned serial killer, with Emma Thompson and Ray Winstone in supporting roles; the film was shot on location in Glasgow.

And finally, with the impending 80th anniversary of Pinewood Studios, Naomie Harris has joined Jonathan Ross for a television special entitled “Pinewood: 80 Years of Movie Magic”. The special will air on 6 June on BBC Two as the tweet below indicates; presumably we Bond fans can expect a fair amount of discussion about Bond and the Albert R Broccoli 007 soundstage. (Source: Daily Mirror)

Bonding with Moneypenny. Hot from the set @wossy tries to crack the secrets of @007 #pinewood @BBCTwo @naomieharris pic.twitter.com/rH43SfDQ26

On that note, that’s all for “This Week in James Bond”! As always, don’t forget to tune in to the podcast and join the conversation on social media.