Upcoming Bond Books to be Published 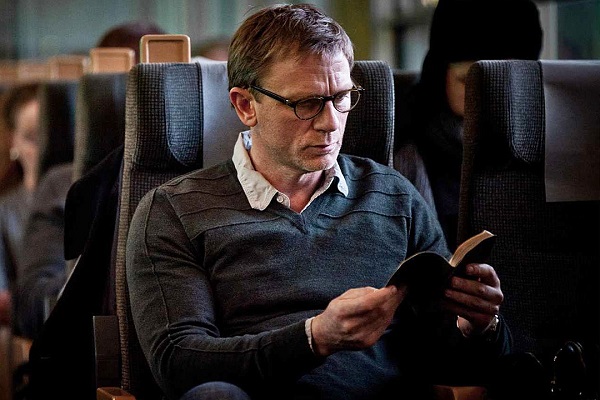 While 2018 has proven to be a bit murky on the Bond 25 news front, there are quite a number of notable Bond books fans may want to pick up in the next few months.  So, for those of you who want some Bondage to tide you over here are a few publications:

2. Casino Royale – Graphic Novel  (April 3rd 2018): Dynamite Entertainment continues their series of 007 graphic novels with their first adaptation of an Ian Fleming book.  The novel was first adapted as a comic strip in 1958 in the Daily Express, but this release looks quite fascinating featuring artwork by Dennis Calero.

3. Some Kind of Hero (paperback edition, March 15th):  Matthew Field and Ajay Chowdhury have written a comprehensive overview of the Bond film franchise for Bond fans to pour over.  You can either read the book from start to finish or use it as companion while you watch the Bond films. I wrote a review of the hardcover edition when it came out and needless to say, I was quite impressed. I’ve revisited this book a number of times since then. If you haven’t already bought the hard cover edition, this new paperback edition will soon be available.

4. Casino Royale (Vintage reprint with Anthony Horowitz Introduction): In anticipation of Anthony Horowitz second Bond continuation novel, Vintage have reprinted a paperback edition of the original Fleming classic with a new introduction penned by Anthony Horowitz.  This was publicized on the official Ian Fleming website along with the recent announcement of Horowitz’s novel, however, the only place I was able to find a retail listing for this specific edition was Waterstones. Not sure if Waterstones has an exclusive on this or not.

5.  Forever and a Day (May 31st).  Anthony Horowitz has already impressed many literary Bond fans with his first Bond novel Trigger Mortis, which I reviewed for JBR back in 2015.  He now returns with a highly anticipated prequel to Casino Royale, Forever and a Day.  Set in the French Riviera, Horowitz’s new novel explores a period of time in Bond’s history we’ve all been curious about. With use of original Fleming material, the novel takes a deep dive into the birth of a legend.

6. The 007 Diaries: Filming Live and Let Die by Roger Moore (June 1st):  A reprint of Sir Roger’s 1973 candid memoir of the time he spent shooting his very first Bond film.  This book has been mentioned a few times on the JBR podcast, and it’s great to see that it’s getting a proper reprinting. There are reportedly a number of fascinating nuggets of information along with Sir Roger’s unique brand of charm, wit, and humor.  Those of us who miss this legend will want to rush out and grab a copy of this book as soon as it’s released.

7. Kill Chain (Graphic Novel from Dynamite Entertainment (April 24th): The creative team who worked on Hammerhead, Andy Diggle and Luca Casalanguida, reunite for this installment of James Bond graphic novels now available as a hard cover.  This story features the return of SMERSH!

8. The Playboy and James Bond (March 19th):  Claire Hines who previously wrote Fan Phenomenon: James Bond, which was a collection of academic essays about James Bond fandom, returns with an examination of the cultural constructs that combined to identify the image of James Bond with that of “the playboy” while also taking a look at how Playboy Magazine itself helped to promote such an image.

9.  Shaken: Drinking with James Bond and Ian Fleming, The Official Cocktail Book (October 2nd):  This will be the first officially authorized guide to the cocktails and alcoholic beverages of the novels. Featuring excerpts from the Ian Fleming novels this book should be a treat for those of you who desire to replicate and emulate the Bond lifestyle.

10.  Blood, Sweat, and Bond: Behind the Scenes of Spectre (2015):  This title is now newly available and sold exclusively through the 007 store. If you didn’t happen to pick up a copy around the time of Spectre’s release, this collectible coffee table book might be worthy of your purchase now.  The photos are beautifully rendered and it features some nice candid moments from behind the scenes of the production.

Anyhow, I just thought it might be useful to compile a list of these releases.  If I’ve missed anything, let me know.  If you happen to pick up any of these titles, please let us know what you think in the comments section or on Facebook or Twitter.