WE KNEW HIS NAME Chris Cornell Obituary by Ajay Chowdhury

WE KNEW HIS NAME

Chris Cornell, singer and co-writer of ‘You Know My Name’, written for Daniel Craig’s 007 debut, Casino Royale, has died at the tragically young age of 52. Co-written with David Arnold, the track redefined what a Bond song could be in the Daniel Craig era, with its bombastic rock vocal and sinewy lyrics. With a video directed by Michael Haussman, which tried to compare “the lives of a professional spy and a rock star”, the song peaked at number 79 on the US charts but became an anthemic hit in Europe peaking at number 7 in the UK. 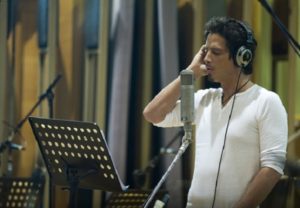 Chris Cornell was the singer-songwriter and founding member behind Temple of the Dog, Soundgarden and Audioslave and, as part of these bands, he sold over 10 million albums and won 2 Grammy awards from The Recording Academy of North America.

His appeal to a key North American demographic led him to be suggested by Sony’s Head of Music, Lia Vollack, to reposition the Bond franchise in the era of Daniel Craig’s Bond. With evocative songs like ‘Black Hole Sun’, Cornell was capable of writing an atmospheric theme song. In an interview for our book, SOME KIND OF HERO: The Remarkable Story of the James Bond Films, the song’s co-writer and film’s composer, David Arnold explained to us why Cornell was a good fit “You try and find someone that sounds like the character. Chris obviously had a voice that could kick a wall down, something that Daniel could physically do, so it felt like that was an interesting match.” Chris Cornell told us he remembered getting the gig: ‘I was very excited to hear what the title for the movie would be and was extremely disappointed to find out it was ‘Casino Royale’ [Laughter]. I knew no one was going to want a song called that and no one was going to want to hear anyone sing that. At least, not now. Maybe 30 years ago. I ended up speaking with David Arnold for a long time. I loved the idea that if I came up with a melody that’s in the first few minutes of the movie and that reverberates throughout the rest of the film.” Cornell related to us his thoughts on his co-writer, “[David’s] He’s very quiet, you know; he’s someone that sits inside of a room with no windows most of the time.  You know, he’s a composer and so I think we just naturally kind of got along in that way but he was a very gentle guy, very encouraging and seemed to like everything that I did right away…” Chris Cornell and David Arnold often played the song together whilst doing live promotion for the track in late 2006 and latterly live in concerts.

Cornell later wrote ‘The Keeper’ for Marc ‘Quantum Of Solace’ Forster’s 2011 film Machine Gun Preacher which earned him a Golden Globe nomination and ‘The Promise’ for the upcoming movie about the Armenian genocide of the same name. His songs have been featured in many other blockbuster films. 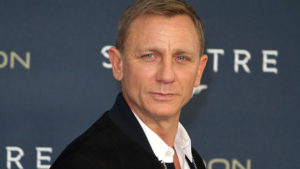 Daniel Craig has commented: “This is very sad news, my thoughts are with his family.” Eon Productions reacted to his death via social media; “Chris Cornell was a gentleman and a true artist. Barbara, Michael and the entire Bond family mourn this tragic loss.” Cornell’s representative, Brian Bumbery, said his death was “sudden and unexpected.” His family have asked for privacy.

SOME KIND OF HERO: The Remarkable Story of the James Bond Films by Matthew Field & Ajay Chowdhury,updated to include a detailed account of the making of Spectre, is due out in paperback in July 2017 published by The History Press.