What’s So Complicated about Writing Bond 25? by Jack Lugo 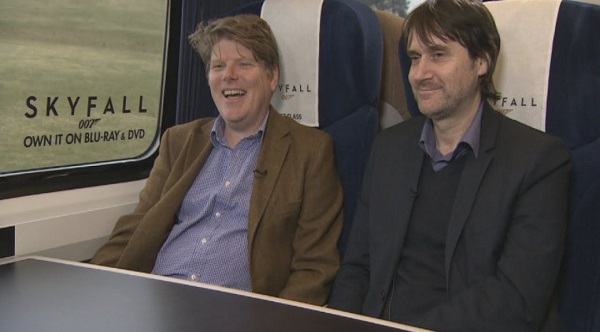 Disclaimer:  This an opinion piece.  The views expressed herein are my own and should NOT be attributed to Tom and Chris or to the podcast if you happen to disagree. – Jack Lugo

Aside from anticipating some official word regarding Daniel Craig’s imminent return, another question about Bond 25 seems to have arisen from recent comments attributed to Neal Purvis and Robert Wade.   In a recent interview with The Telegraph Purvis said, “I’m just not sure how you would go about writing a James Bond film now.”  He was referring to recent political events that will no doubt continue to shape the geopolitical global landscape, namely the election of Donald Trump as the new United States President.  Purvis goes on to say,  “Each time you’ve got to say something about Bond’s place in the world, which is Britain’s place in the world . . . But things are moving so quickly now, that becomes tricky. With people like Trump, the Bond villain has become a reality.”

Whatever your feelings may be about President Trump, such a statement comes across as a bit puzzling.  Many a fan on a social media site or online forum might be inclined to say, “Just get on with it” or “Just ignore” the real life political spectrum entirely and let the next Bond film take place in its own fictional universe.   As fans of the franchise, we’re often quite eager to get to the next chapter.  After all, back in the Cubby days Bond fans were accustomed to a new film every other year.  Watergate? Iran Hostage Crisis? None of those events really had any effect on the Bond films produced during those times.  What’s so difficult about moving forward with writing a Bond film now?

First regarding the frequency of releasing Bond films, it’s impossible to keep up the pace that Cubby Broccoli set in that bygone era.  Big budget filmmaking is a business that requires a lot more time for everything to come together.  The bigger question about why should a Trump Presidency effect what is done in the next Bond film is a little more complicated.  Purvis is right when he says that Bond must stay relevant to the state of the world that we currently live in.  The last time this was really an issue was upon the release of GoldenEye when some people were asking if a character like Bond had a place after the cold war.  Fleming himself wrote plenty of stories where the Russians weren’t involved and also the creation of SPECTRE and Blofeld was a way to give Bond a fictional adversary, yet some were convinced that the Bond franchise had ceased to be relevant. GoldenEye proved them wrong.

While the Bond character himself continues to be relevant and very much a viable property in terms of sustainability, the world that the character must navigate through is continuing to change.  Bond was classically described by Fleming as “a blunt instrument wielded by the government.”  So this begs the question then, how much does the average person trust the government these days?  Apparently, not very much given the fact that much of the Trump campaign rhetoric was fueled by an inherent distrust of the government.  Of course, in the UK there was the Brexit vote prior to the US election that seems to indicate that at the very least there is a growing sense of nationalism in each respective country. So, we now live in a world where far fewer people trust the politicians charged with leading their government.  This can be problematic for Bond because while Bond has never been shy about accomplishing a mission his own way, there has never been cause to doubt whether or not the missions M. hands down to him are in the service of the greater good.  We certainly see shades of bureaucratic distrust in the last Bond film. Andrew Scott’s character (Max Denbeigh or C.) was quite adversarial early on in the film, and then once it’s revealed that he’s working with Blofeld, M. dispatches him in a very satisfying way.

What if it went beyond Denbeigh though?  And maybe it does – who knows what they’ll do next.  What if in the world of Bond, the Prime Minister was also in league with SPECTRE and Blofeld.  Then, we’re presented with the possibility that the missions handed down to M. and given to Bond and perhaps even the entire double-0 program are in service of an ignoble cause.  Certainly, a clever screenplay could be conjured around this idea, but it would be quite a challenge to pull off.  Another way around it would be for the PM in the Bond films to unwittingly deploy the double-0 program to help a corrupted political ally.

Then of course there are the global consequences of the actions that our political leaders might take in real life.  There’s talk of a preemptive strike against North Korea to prevent a nuclear tragedy from occurring.  There’s also a growing distrust of refugees and immigrants that have given rise to new sometimes irrational fears, and there continues to be a real threat of both terrorism and cyberterrorism.  In Skyfall, we’re told that Silva is a cyberterrorist, but the plot soon changes course to become about his vendetta against M.

What does this all mean for Bond 25 though?  None of these things need to necessarily have a significant impact on the next Bond film.   For all we know, maybe Purvis and Wade were just blowing smoke in that interview and they had a plot already worked out that they want to keep top secret.  The challenge of not only writing a new plot for Bond but also keeping him relevant is one that I’m sure many of us in the Bond fan community envy.  We all have our opinions about what we’d do.   I think the best plots in Bond films involve threats that have some possibility of occurring in reality even if there’s some suspension of disbelief involved.  Perhaps the challenge isn’t how to incorporate the news of the day into a Bond film or even to anticipate the next big global crisis, maybe the challenge is finding that fine line between fiction and reality for Bond to exist within.  We all know that the stakes need to be high, however, just what those stakes will be is now the question Neal Purvis and Robert Wade must answer.

Article by Jack Lugo: Please visit my writing blog if you want to check out more of my work including some original fiction.