Would a Villain Origin Film Work for the James Bond Franchise? 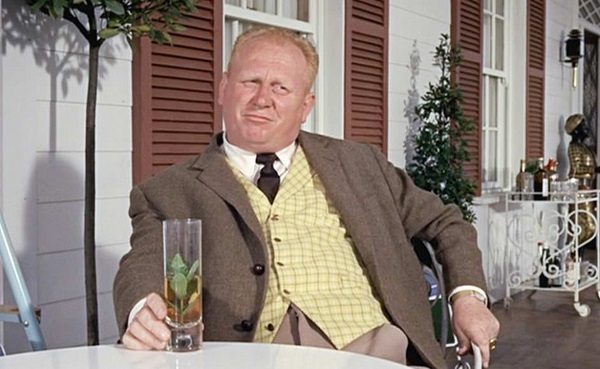 Would a Villain Origin Film Work for the James Bond Franchise?

Whatever your feelings may be about the new Todd Phillips directed Joker film starring Joaquin Phoenix, it can’t be denied that the movie has made an impact on popular culture. The villain origin film has sparked a nationwide conversation about violence in film with varying degrees of opinion both across both the wide array of comic book and film fandom as well as across the political spectrum. Some are praising the film for what appears to be its modern day take on Scorsese’s Taxi Driver while others are critical of the film for being derivative of Scorsese’s iconic film.  Reviews have posed the question of whether or not the film goes “too far” in its depiction of violence. Still many are taking sides based on their political views regarding Todd Phillips’s recent comments about comedy and “woke culture.” As I haven’t yet seen the film, I won’t subscribe to any of these opinions and perhaps my take on the film won’t ultimately align with any popular viewpoint. I’ll have to wait and see.

Naturally as a Bond fan all the talk about this villain origin film, however, has got me thinking about another thing entirely and that is would a similar approach towards a film focused entirely on the makings of a villain work for the James Bond franchise?  My answer to that question is not only a resounding YES but also that this is the path that the franchise SHOULD move towards going forward after No Time to Die.

I had previously written a blog post about the potential of expanding the Bond series, and in the past I’ve considered the possibility of expanded universe films for Ben Whishaw’s Q and Naomie Harris’s Miss Moneypenny.  I’ve thought about the potential of exploring other double-0 agents as well.  While those ideas aren’t terrible in my opinion, they would lack one essential component.  Although these potential films might arrange some kind of cameo from James Bond and would tangentially explore the Bond universe, the stories of these films won’t carry the kind of weight necessary for them to feel important enough to the audience. If the central conflict of these films doesn’t require Bond’s skill set and could be resolved without Bond himself getting into the mix then why should Bond fans care to see it?  If a Bond expanded film universe is to come to fruition at all, the films where Bond is not the main feature must give the audience a reason to care.  This is why I believe that if the franchise is to explore expanding, a series of Bond villain origin films in conjunction with and complimenting the continuing series of cinematic Bond films may very well sustain and propel the Bond franchise forward into the future beyond No Time to Die.

As I see it there are two paths EON could consider going in if they decide to branch off and make Bond villain origin films.  One would be to take classic iconic Bond villains such as Goldfinger, Blofeld, Dr. No, Scaramanga, or even Mr. Big and harness the Ian Fleming novels for their backstories.  Among Fleming’s many gifts to us as Bond readers was his ability to create engaging exposition backstories for his colorful villains.  Whenever I go back and re-read a Fleming novel, my favorite part of the experience tends to be the section that focuses on the background of the villain and how their experiences carved out who they ultimately became.  If EON went back to the Fleming books and adapted these various villain background stories giving them a modern take as well as expanding upon them, I believe this would appeal to both hardcore Bond fans as well as general audiences.  This would also set up the next Bond film with James Bond facing off against this re-invented iconic villain.  Perhaps the villain origin film ends with the villain engaging in act that would draw the attention of MI6 and Bond.

The second path EON could potentially take with this would be to use the villain origin film to tell the coming of age story of a new original villain. Imagine if Raoul Silva (born Tiago Rodriguez) played by Javier Bardem had an origin movie prior to Skyfall coming out. We would have seen him as an agent working for MI6 perhaps completing various missions until the fateful day when M decided to turn him loose leading him towards the path he would set upon to seek his revenge against her.  The film could have further explored the idea that in this case the villain hadn’t been very different from Bond, a concept that Ian Fleming explored in his novels during a time before mainstream audiences began to latch on to this concept of the villain and the hero being mirror images of each other.  This has become a popular trope explored throughout the superhero / comic book film genre. Circumstances and events changed Silva from an agent worthy of M.’s trust and esteem to the cyber terrorist he ultimately became.  The film would end with the audience knowing that in the next film – Skyfall – Bond would most certainly need to confront and eliminate the threat of Silva.  Consider an Alec Trevelyan origin film prior to the release of GoldenEye that would focus on how the British government betrayed Trevelyan’s parents compelling him to infiltrate MI6 becoming a double-0 just so he could wait for the perfect moment to strike out on his own.

Moving the Bond franchise forward beyond No Time to Die, wouldn’t it be interesting if a new original Bond villain had an origin film of his own as a precursor to the Bond film where he would ultimately confront Bond and meet his demise?  I think such a film would offer an opportunity to build up the threat of the villain and offer a compelling reason for Bond needing to intervene.  At the same time it may counter the recent trend of devising a personal connection between Bond and the villain as filmmakers have done during the Daniel Craig era.  I believe part of the reasoning for this is that it goes without saying that Bond must be the focus of every Bond film.  This leaves little screen time to fully develop a villain character, but one way to fast-track the development of a villain character and to get the conflict of the film to resonate with the audience is to give the villain a personal connection to Bond. In the Daniel Craig era, this hasn’t always worked.  Bond fans have generally not responded well to the “foster brother” angle between Blofeld and Bond in Spectre.  If EON pursued a villain origin film as a preface then presumably the subsequent Bond film could focus more on Bond and add weight to the eventual confrontation between Bond and the villain.

While some fans would no doubt scoff at the idea of EON developing villain origin films, it would serve two very useful purposes. It would first resolve the longstanding issue of multi-year gaps in between Bond films. Fans could potentially see a Bond-related project every other year if this pathway is executed effectively. Secondly, it could potentially propel the Bond franchise into a more significant position of relevance within popular culture. Outside of our Bond fandom bubble, superhero and comic book films tend to dominate the pop culture landscape. With Joaquin Phoenix’s Joker performance having been added to the mix, I fear that much of the publicity for No Time to Die might get lost in the shuffle. If EON changed the way it approached the franchise to develop villain origin films, I’m confident Bond could not only compete with all the pop culture heavy hitters but also offer up something much more thoughtful and compelling than clowns and masked avengers as Ian Fleming once did in his own time.

Check out my personal blog with fiction and various musings.